How to Effectively Forgive Others 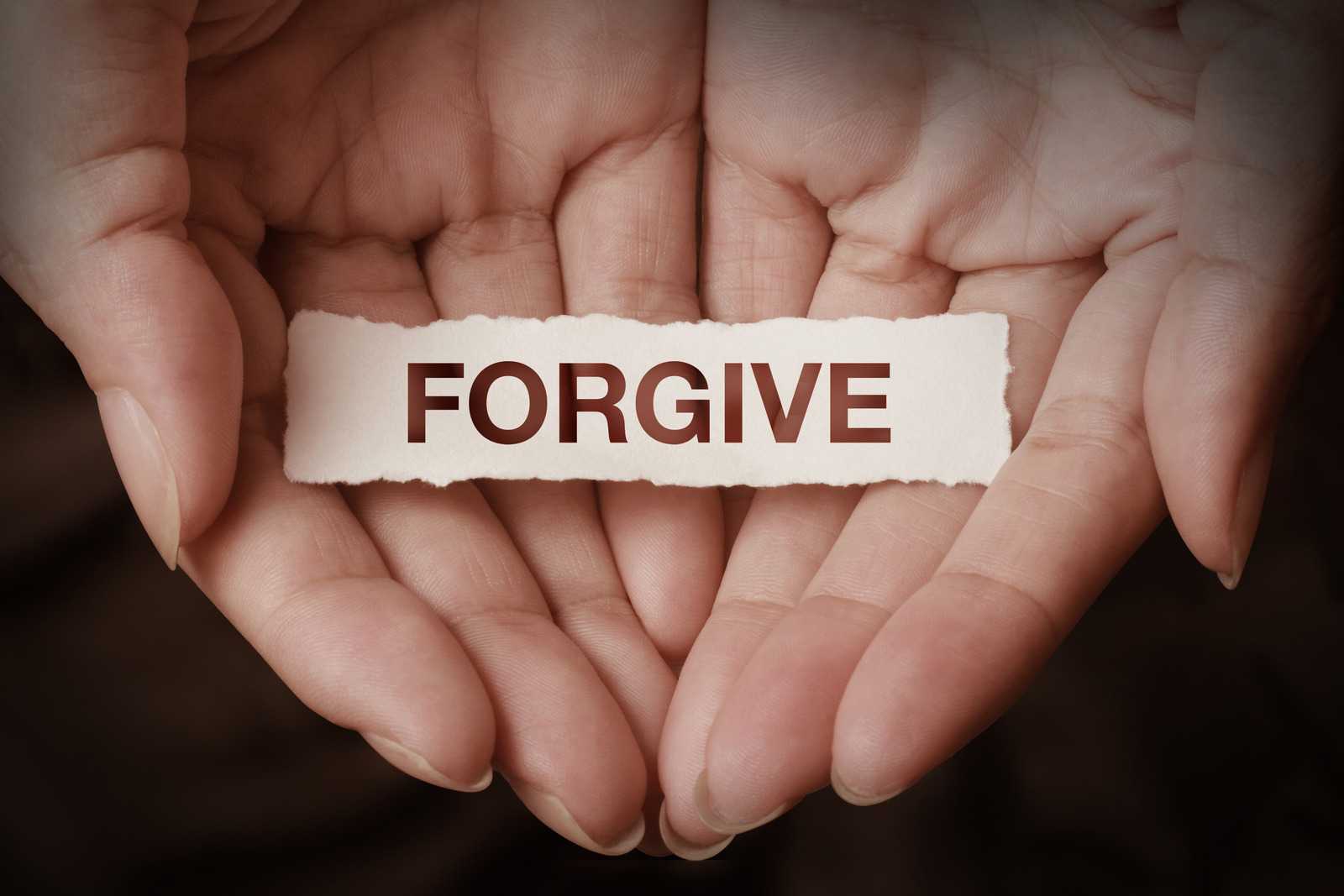 If you’re tired of feeling angry and resentful toward others, it may be time to forgive those who have wronged you.

While this can be a difficult process, it can also be very freeing.

Use these tips to forgive others effectively, and you’ll be on your way to a happier and healthier life.

Decide You Want to Forgive

You will start the journey to forgiveness once you decide to forgive.

This might seem an obvious first step, but it’s crucial to understand that forgiveness is a decision—not a feeling.

Just because you feel like forgiving someone doesn’t mean you’ve decided to do so.

People often find it helpful to think about why they might want to forgive the person who hurt them.

Forgiveness can lead to the following:

Forgiving someone is impossible until you understand what you’re angry about.

A lot of the time, we have an emotional reaction to something without comprehending the root cause of our anger.

If you find that you get mad at someone often, take a step back and try to figure out what it is that’s upsetting you.

Once you know the source of your anger, you can start working on forgiving the person who hurt you.

Uncovering your anger is essential to understand why you are feeling it in the first place.

There could be many reasons you are holding onto resentment and bitterness towards someone.

For example, it could be because they hurt you deeply or repeatedly let you down.

Once you have identified the reasons for your anger, you can start to work on forgiving the person who wronged you.

There’s no denying that forgiveness is often very tough.

Forgiving someone who has hurt us can be extremely challenging, but it’s also vital.

If we don’t forgive those who have done us wrong, we only end up harming ourselves in the long run.

The process of forgiveness can be difficult, but it’s often a necessary step to move forward with our lives.

While there are various ways to forgive someone, the initial and most vital step is to come to terms with the hurt that accompanies it.

Forgiving doesn’t indicate that what the other person did was alright – it simply means that you’re willing to release the anger and pain so that you can progress.

Try to understand the other person’s point of view and why they did what they did.

This doesn’t mean you have to condone their behavior, but it can help you see things from their perspective and realize that they may have been through a tough time.

It’s also crucial to communicate with the other person and let them know you forgive them.

This can be a difficult conversation, but it can often be healing for both of you.

Sometimes, all it takes is hearing the words “I forgive you” to help someone realize the error of their ways and make things right again.

Determine Your Part in the Pain

To forgive someone effectively, you first need to identify the hurt they caused you and why it has impacted you so deeply.

Then, if you’re still angry about what they did, try to figure out the root.

Finally, speaking to a counselor or friend for guidance might be helpful.

After you identify what has been holding you back, forgive.

This does not mean forgetting the event or justifying the behavior – rather, it means releasing the anger and hurt so you can progress.

Forgiveness can be tough, but it’s worth it for your peace of mind.

It can be tough to let go and move on if someone has hurt you.

To forgive, you must release the anger and resentment you feel.

This doesn’t mean forgetting what took place or justifying the other person’s actions.

Instead, it means getting rid of the negative emotions holding you back from progressing.

The initial step is to pledge to forgive the other person.

You can do this by picturing them positively, such as when they were good to you or were going through a tough time.

When you concentrate on the positive, it will be less complicated to move past the negative.

It’s also important to forgive yourself.

If you’re carrying around resentment, it will only impede your ability to move forward.

Let go of self-blame for anything you may have done wrong and focus on the present and future instead of dwelling on the past.

Forgiveness may not happen overnight, but it’s worth sticking with.

Forgiveness is a powerful tool that can help you recover from trauma and move forward with your life.

Put Yourself in the Other Party’s Shoes

It’s not always easy to forgive someone who has hurt you, but it’s crucial to remember that everyone makes mistakes.

You can’t forgive someone until you’ve tried to see things from their perspective.

Putting yourself in the other person’s shoes can assist you in comprehending why they did what they did, and it can also help you see that they’re human, just like you.

After you have attempted to understand the other person’s point of view, it is time to talk to them.

Express how their actions made you feel and allow them to explain themselves.

The other person might not have even realized how what they did impact you.

If you can communicate honestly with the other person, chances are that forgiveness will be a possibility.

Forgiving someone who has hurt you can be tough, but it’s important to remember that everyone makes mistakes.

However, if you can see things from the other person’s perspective and talk to them openly, there’s a good chance that forgiveness will be an option.

Consider the Other Person’s Humanity

It’s not beneficial to hold onto anger and resentment.

Not only does it take up valuable space in our hearts and minds, but it can also lead to physical illnesses like high blood pressure and anxiety.

So learning how to forgive others is an important step in caring for our well-being.

A great way to start forgiving others is to remember that we’re all human.

Everyone makes errors, you included.

So when you’re feeling mad at someone else, think about your humanity.

This doesn’t mean condoning their poor conduct, but it could assist you in releasing some of the hostility you’re experiencing.

Everyone wants to be content and free of pain.

It becomes simpler to have mercy for others when you keep this in mind – even when they do something that causes harm.

Rather than concentrating on the negative, try to focus on the positive traits of the individual you’re forgiving.

This will allow you to see them in a more favorable light and make it easier to release your anger.

Don’t Expect Anything in Return

You don’t forgive someone because they did anything to deserve it.

You forgive them because holding a grudge only makes you unhappy. It’s not about the person you’re forgiving; it’s about you and your contentment.

Forgiving lets go of all the negativity and resentment you’ve been holding onto, freeing you to live more fully in the present moment.

It also allows for the possibility of having more positive relationships in the future.

Forgiving someone does not mean that you condone their bad behavior or that you excuse them from taking responsibility for their actions.

It also does not mean forgetting what happened or pretending it never did.

Forgiveness is an active decision – you let go of the anger, hurt, and resentment you feel and choose to move on with your life.

When you forgive, you free yourself from bitterness and resentment and open yourself up to more positive relationships in the future.

Give the Person a Gift

When you give a gift to someone, it is a sign of goodwill.

You are also forgiving them from the heart.

If you have been hurt by someone, giving them a gift can help to heal the wound.

The other person may not know how much they have hurt you; this type of forgiveness can help repair the relationship.

You must not dwell on the anger and resentment you feel.

This will only cause harm in the long run.

If you can forgive, it will liberate you from the negative emotions holding you back.

It is also important to forgive yourself.

If you are carrying around guilt, it can prevent you from moving forward.

Forgive from the heart and give the person a gift to show good faith.

This will help to heal the hurt and rebuild the relationship.

Forgiving someone does not mean that you approve of their actions.

It simply means that you have chosen to release the anger and bitterness you have been holding onto.

Forgiving others is a conscious decision that should be made from the heart.

If you can forgive from the heart, it can positively impact both you and the other person.