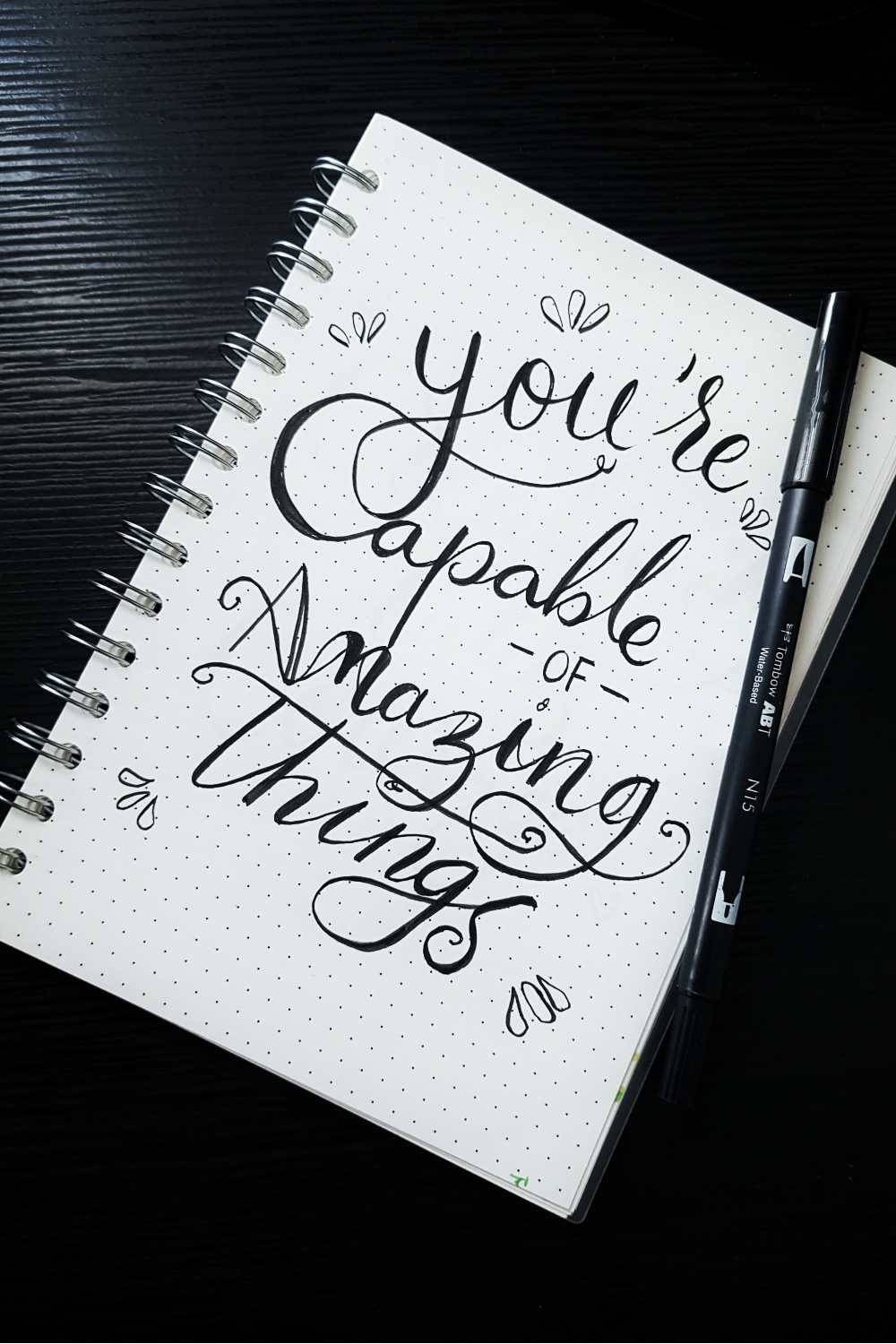 If you are like most people, you will likely struggle with negative thinking, self-doubt, and limiting self-beliefs. To succeed in life, you must determine the self-limiting beliefs holding you back.

Below are some of them:

One of the most common self-limiting beliefs is that we are too old to change our lives.

We think that because we are already a certain age, we have missed our chance to do what we want to do.

This is called ageism, and it is a form of discrimination based on age.

Ageism can affect both young and older people.

For example, it can prevent us from getting jobs or being seen as valuable members of society.

The good news is that we can change our beliefs about ageing.

We believe it is never too late to make our dreams come true.

We can believe that age is just a number and that we are only as old as we feel.

When we let go of the belief that we are too old, anything becomes possible.

One of the top self-limiting beliefs is thinking you’re not smart enough.

This belief will likely impact different areas of your life.

This can also keep you from achieving your goals and reaching your full potential.

This can lead to a self-fulfilling prophecy where you don’t take risks or put in the effort because you don’t believe it will make a difference.

If you want to change this belief, it’s important to catch yourself when you have these thoughts.

Once you’re aware of them, question where they’re coming from and if they’re true.

It can be helpful to remind yourself of times when you were successful despite thinking you weren’t smart enough.

It’s also beneficial to build up evidence that disproves this belief by challenging yourself in different areas of your life.

One of the top self-limiting beliefs is “I’m not educated enough.”

You might think you need a certain degree or certification to be qualified for a certain job or start your own business.

But the truth is many successful people have achieved great things without any formal education.

Here are some examples of successful people who didn’t let their lack of formal education stop them from achieving their goals:

I’m Afraid of Trying and Failing

Whether starting a new business, going back to school, or taking on a new challenge at work, many of us are afraid of trying and failing.

So we tell ourselves we’re not good, smart, or talented enough to succeed.

This fear of failure can be crippling.

It can prevent us from taking risks and pursuing our dreams.

But it doesn’t have to be this way.

Here are three tips to help you overcome your fear of failure:

When you make a mistake, don’t beat yourself up.

Instead, accept that you are human and that everyone makes mistakes.

Then, instead of dwelling on your error, focus on what you can do to fix it and prevent it from happening again.

Failure can be a great teacher if you let it be.

Use your mistakes as a learning opportunity to improve your skills and knowledge.

Each time you fail, you’re one step closer to success.

Quitting is easy; anyone can do it when the going gets tough.

But those who persevere in the face of adversity are the ones who ultimately achieve their goals.

So when you feel like giving up, remind yourself why you started down this path in the first place and what you stand to gain by seeing it through to the end.

You Have to Have Money to Make Money

In other words, they’re suggesting that making money is impossible unless you already have some.

This statement is an example of a self-limiting belief.

A self-limiting belief is a belief that limits your ability to achieve something.

It’s a negative thought pattern that stands in your way and prevents you from reaching your full potential.

Many believe they can’t make money unless they already have some.

This belief limits their ability to take risks and start businesses or pursue other opportunities for making money.

The good news is that self-limiting beliefs can be overcomed.

If you recognize that you have a self-limiting belief, you can take steps to change your thinking and start achieving your goals.

One of the most common self-limiting beliefs is “I’ve already tried everything.”

This belief keeps people stuck in their current situation because they feel they have no other options.

The problem with this belief is that it is based on the assumption that you know everything possible.

But the truth is, you don’t know what is possible.

There are always new things to try and new ways of doing things.

Just because you haven’t found a solution doesn’t mean one doesn’t exist.

If you think, “I’ve already tried everything,” remind yourself that this is just a self-limiting belief.

Keep an open mind and continue to explore all of your options.

I Can’t Do That

One of the most common self-limiting beliefs is “I can’t do that.”

This belief can take many different forms, such as “I am not capable,” “I don’t know how to do that,” or “that’s too hard.”

This belief can prevent you from taking action and pursuing your goals.

It can make you feel like you’re not good enough or that you’re not capable of achieving your dreams.

The first step to overcoming this self-limiting belief is to identify it.

Once you identify the belief, you can start to challenge it.

Ask yourself why you believe that you can’t do something.

Is there evidence that supports this belief?

Is there evidence that disproves this belief?

Once you start questioning your self-limiting beliefs, you can begin to change them.

Replace the belief with a more empowering one, such as “I am capable” or “I can learn how to do that.”

Remind yourself of times when you have taken action and achieved your goals.

Allow yourself to be proud of your accomplishments, no matter how small they may seem.

The more you challenge and change your self-limiting beliefs, the more empowered and confident you will become.

You will start to see new possibilities for yourself and your life.

You can take risks and pursue your dreams without letting fear hold you back.

I Don’t Deserve It

One of the most common self-limiting beliefs is that we don’t feel deserving of great things.

As a result, we doubt our abilities, question our decisions, and beat ourselves up for our mistakes.

This belief can hold us back in life in so many ways.

It can prevent us from going after our dreams, pursuing our passions, or even taking risks.

The good news is that this belief is not true.

We are all deserving of love, happiness, and success. We all can create the life we want.

The first step to overcoming this self-limiting belief is to become aware of it.

Once you’re aware of it, you can start to challenge it.

Question why you believe it and look for evidence that disproves it.

Then, take action towards your goals and start living the life you want.

The more you do this, the more you’ll realize that you are deserving of great things.

All the Good Ones are Taken

The top self-limiting belief is that all the good ones are taken.

This is not true, but it is a common belief.

It can keep you from even looking for a relationship because you think it is pointless.

Why bother looking if all the good ones are already spoken for?

There are plenty of great people out there who are single and looking for someone just like you.

The key is to keep looking and don’t give up hope.

Sooner or later, you will find someone who is perfect for you.

While some self-limiting beliefs may be innocuous, others can hold you back in life and prevent you from reaching your full potential.

To achieve success and happiness, it’s important to eliminate the common self-limiting beliefs listed below.

This is one of the most common self-limiting beliefs and it can affect every area of your life.

For example, if you believe you’re not good enough, you’ll be less likely to take risks and pursue your dreams.

You might also find yourself comparing yourself to others and feeling inferior.

I don’t deserve it.

This belief is closely related to self-worth issues.

If you don’t feel you deserve success or happiness, you won’t be motivated to take the necessary steps to achieve your goals.

You might also settle for less than you deserve in your personal and professional relationships.

It’s not possible for me.

Many people limit themselves by believing that their dreams are out of reach.

If you don’t believe something is possible, you won’t try to achieve it.

Unfortunately, this thinking can prevent you from taking chances and exploring new opportunities.

I can’t do it alone.

It’s easy to feel like we need someone else’s help to achieve our goals, but this belief can hold us back in life.

If we believe that we can’t do something alone, we won’t even try.

We might also find ourselves relying too much on others instead of trusting our abilities.