What Is The Law Of Attraction? 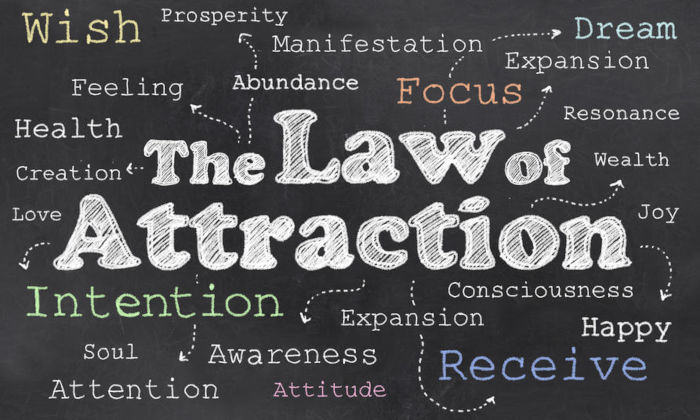 Life is supposed to be full of abundance, joy and happiness. We all envision a future where all our heartfelt desires become reality. Using the law of attraction to obtain all our wishes and living a rich and fulfilling life is our natural right. But we limit ourselves, hold ourselves back and block ourselves by believing in negativities.

Instead of choosing a life of abundance, we choose a life of struggle. We struggle continuously to protect what we already have, like riches, respect, relationships and trust— and struggle to achieve what we aspire to. And since we create an unconscious belief that we are destined to live like that, we get trapped in a maze of illusion where our negative beliefs turn into self-fulfilling prophecies.

We become disconnected from the source of life and end up doing things we hate to do.

Why our life does not go as we envision? Why do most of our dreams remain unfulfilled? Answers to these questions can be found in a groundbreaking philosophy of practical spirituality called “The Law of Attraction”.

The Law of attraction is not a law of physics. It is a spiritual law. But it is real. And once you learn to use this spiritual law to its full potential, you’ll able to tune in and tap into the universal power of attracting what you want, and your life will change forever.

Understanding the Mechanism of Manifestation

Forces of attraction are prevalent everywhere. If you take an atom, the fundamental unit of all matter, you’ll see that they bond together and create molecules.

These molecules then attract each other via intermolecular force and create matter. If you dig deeper into the atom’s secrets, you’ll find that within an atom, the electrons constantly revolve around the nucleus in orbits like the planets revolve around the sun.

The law of attraction is always in action—whether you’re aware or not, you’re programming your own reality by attracting things that resonate with your thought, feeling, and perceptions.

So, why do many visions and dreams fail to attract reality if our thoughts become things? To answer this question, we have to discuss the principle of vibration.

According to this principle, everything in this universe is in constant movement and vibration. And everything that makes up the universe is pure vibratory energy transforming itself from one form to another.

Matters are different because they are made up of the same energy. They vibrate at different frequencies. Everything in this universe is energetically connected. This mechanical phenomenon is often referred to as “quantum entanglement”.

Like all matters of this universe, our thoughts, feelings, and emotions are also a form of energy that generates the cosmic waves that travel through space and time.

However, the human mind is more attracted to negative things than to positive ones. Subconsciously we tend to focus on the negative aspects of things, and we meet negative consequences.

We aspire to success, but unwittingly we rest our focus on failures. As we fear defeat, our subconscious mind continuously works on avoiding failure rather than pursuing success.

By thinking about failures, we unwittingly make room for failures, and as a result, failure becomes the reality.

Therefore, to get what you want using the law of attraction, sometimes you have to reverse the magnetic polarity of your mind.  You have to program your vibration and raise your vibration to match the frequency of your object of desire.

The process of manifestation is supposed to be instantaneous. But in most cases, it takes some time because we have gathered a massive pile of doubts and distrust for years. And it takes a while for the mind to reprogram itself and transmit the right vibration.

You have all it takes to live the life of your dream. You only have to believe in your vision, work toward your goal and let the universe do the miracles for you.