Zodiac Signs and Their Meanings: Your Fast and Easy Guide 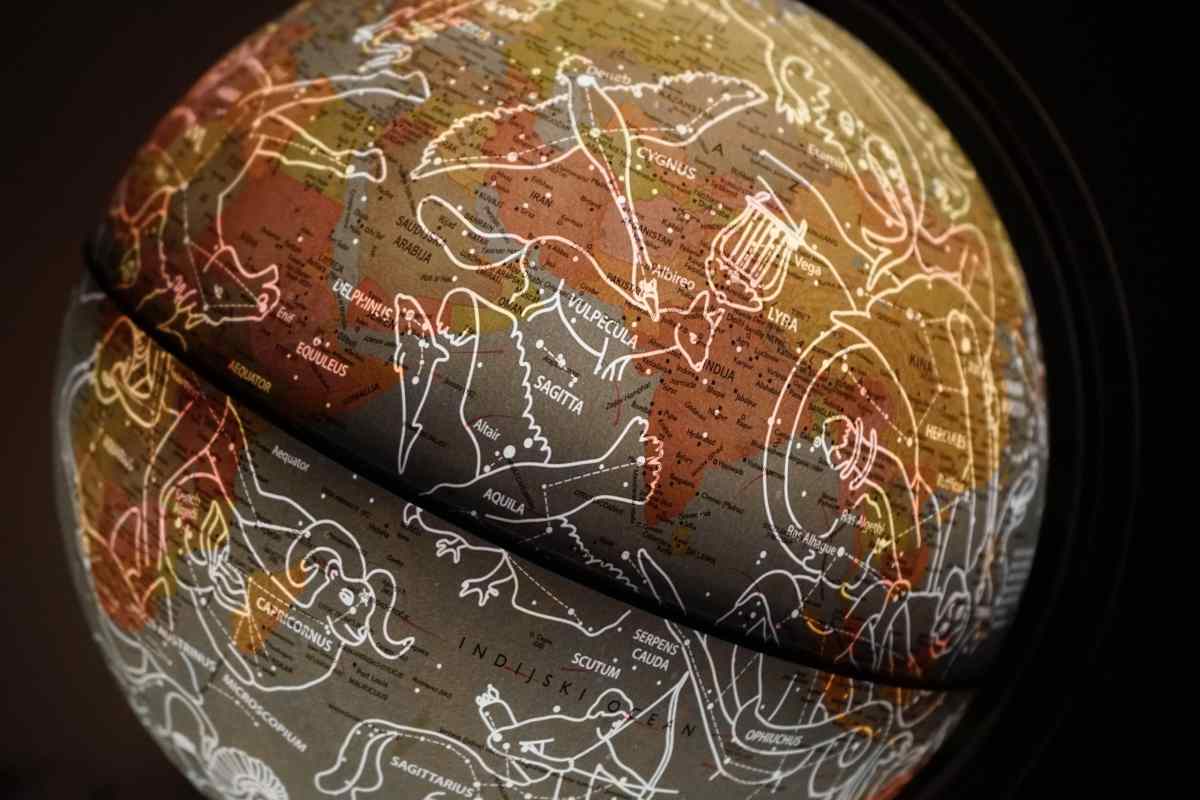 Everyone has their own individualised “astrological DNA.”

It features a unique combination of signs that are spread across the sky.

Below is an overview of each zodiac sign, their meanings, and their distinct characteristics.

This cardinal fire sign is known for their athletic and dynamic traits and their insatiable appetite for winning.

Aries people take pride in being early adopters of anything and everything from the latest iPhone to the hottest new sneakers.

They also live to argue and compete.

Ram people have the makings of a trendsetting influencer, pro athlete, or lawyer.

Vice-president and former prosecutor Kamala Harris was born with the moon in Aries.

This fixed earth sign has a reputation for being the most stubborn.

But thanks to their Venusian influence, Bull people are fairly chill.

They are also known for their love of indulgence and luxury, their love for art, and for their fierce loyalty.

They are also known for taking their time, whether it’s being languorous and lazy when it comes to intimacy or dragging their feet when taking action.

The word mercurial was probably coined with Geminis in mind.

This mutable air sign lives for all forms of communication.

They love sharing whatever it is that is on their mind, whenever, wherever.

However, contrary to popular belief, Geminis are not always outgoing.

They can be very outgoing one minute and shy and reserved the next.

With their social skills and innate mastery of the language, Geminis have a vast and diverse circle of friends.

They also tend to gravitate towards career paths that allow them to use their super buzzy brains and express themselves—think: politics, publishing, and marketing.

This cardinal water sign is influenced by the maternal moon and they are one of the best dreamers and doers of the zodiac.

Crabs are homebodies who love to bolster their connections with their loved ones to achieve some sense of security.

However, their crabbiness can show when they are frustrated.

From there, they can catapult into a moody and grumpy headspace.

They also have the tendency to hide into their self-protective shells so they can take care of themselves.

Ruled by the sun, this fixed fire sign has a cheerful, positive, and gung-ho vibe.

Self-assured and driven, they also tend to take action.

They also believe they can accomplish their wildest dreams thanks to their combination of endless belief in themselves, magnetism, and luck.

While they have the tendency to struggle when it comes to stepping out of their self-focus, lions can be devoted, adorable, and extremely loyal.

They also like showering their loved ones with life’s finest things and let them experience their playful energy.

Symbol: The Virgin or Maiden

This means their minds can go nonstop.

Lovers of spreadsheets, blank journals, and lists, they are organisers, go-to researchers, and the A-students of the zodiac.

Virgos are also perfectionists who love working hard to ensure the end result is just the way they want it, whether it’s a project, recipe, or a partner.

Speaking of loved ones and partners, Virgos often bend themselves into knots just to be of service to their dearest and nearest.

Libras are born to bring justice, balance, and harmony to their relationships and work.

With their Venusian influence, these social butterflies are considered lovers of beauty and art and are known as the ultimate hosts.

They tend to give more priority to one-on-one bonds, especially the romantic type.

While they have the tendency to be interested in achieving serenity at all costs, they are not sheep.

They also have the ability to connect with a vast range of people.

They are go-getters who will stand up for whatever it is that they want.

Libras like Serena Williams are also big dreamers who always go for what they want.

Scorpios are considered one of—if not the most—private sign of the zodiac.

Co-ruled by go-getter Mars and transformative Pluto, Scorpios can command the attention of people with their air of mystery and powerful and intense presence.

They are known to be very in touch with their sexuality and spirituality.

However, they tend to hold their cards close to their chests.

Even if you have been in a relationship with a Scorpio for years (regardless if it’s business-related, romantic, or platonic), you might not fully know the story behind their rough-around-the-edges tone and emotional wounds.

However, once they are in any type of emotional entanglement, the razor-focused and resolute Scorpios and fully into it.

Ruled by Jupiter, Sagittarians are life-loving and big personalities who love being at the heart of any party and exploring all life has to offer.

They also adore globe-trotting who are born philosophers and are fiercely passionate about their beliefs.

They are also entertainers, politicians, and natural born comedians.

If you are looking for someone who is perpetually motivated to achieve, you can never go wrong with capricorns.

Capricorns are driven to succeed and earn recognition for their no-nonsense and diligent work.

They also have a dry sense of humor and are extremely loyal.

They are also known for their grounded, steady, and pragmatic approach to life.

Skeptical, quirky, and generally progressive, aquarians are wired to prioritise “we” instead of  “me,” and they tend to gravitate to activities and causes that hold the greater good.

They also tend to gravitate towards platonic relationships rather than deeply intimate entanglements.

They might also opt for non-conventional arrangements as they strike out against any type of convention.

They are also science-minded and tech-savvy.

Pisces folks are not only super tuned to their own feelings, they are also quick to take on everyone else’s emotions.

Intuitive and highly sensitive, they are considered artists, hopeless romantics, healers, and escapists.

They typically channel their deeply felt emotions through creative mediums like poetry, music, and theatre.

Thanks to their Neptune influence, they have very keen imaginations and tend to gravitate towards anything related to metaphysics, psychology, and spirituality.